Back in May, I saw an article full of fun ideas for summer. One idea was renting a projector for the weekend and watching a movie in your backyard. Knowing Cowboy’s love of the outdoors, of John Wayne and of going to the drive-in, I thought, “Perfect! That’s what I’ll do for his birthday party.” 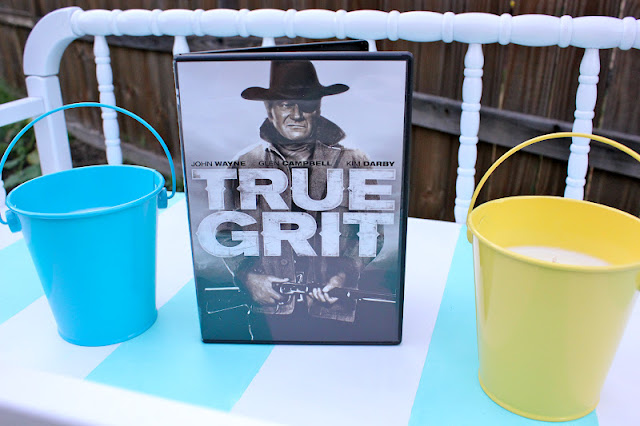 I kept it a secret until a few weeks before his birthday, whereas I had long before realized how expensive it is to rent a projector and screen for the weekend. (Like several hundred dollars, which was definitely not in my price range. And further, why wouldn’t you just invest your money and buy one? It would pay for itself in just a few uses…) After doing some research, I realized that I could buy a fairly inexpensive projector (and I knew I could find a way to rig up a white sheet for a screen), but I couldn’t spend $100 (or more) without first bringing my husband into the decision. After thinking on this, I realized that my dad probably owned one for the seminars he gives every few months for his business. Bingo! Dad had one (top of the line…and a screen, too!) and he agreed to let us borrow it for the night! 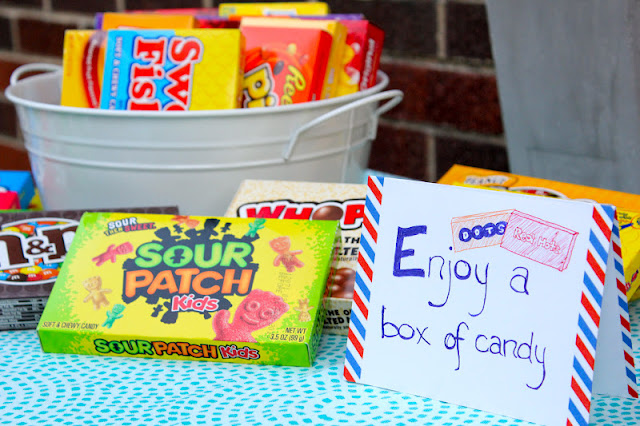 So, since that part was figured out, I stocked up on bags of popcorn, boxes of candy, drinks, and moved the microwave to a table in the back yard. 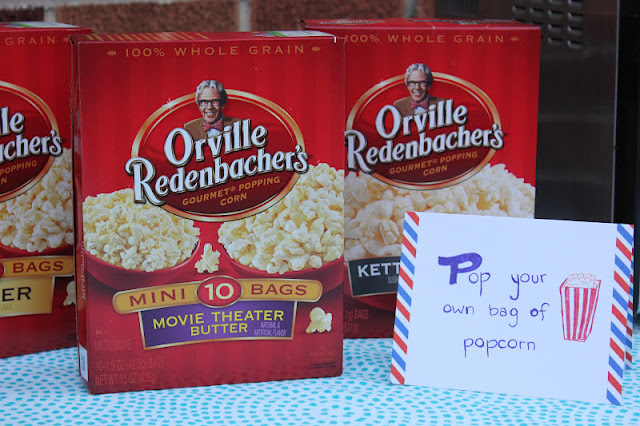 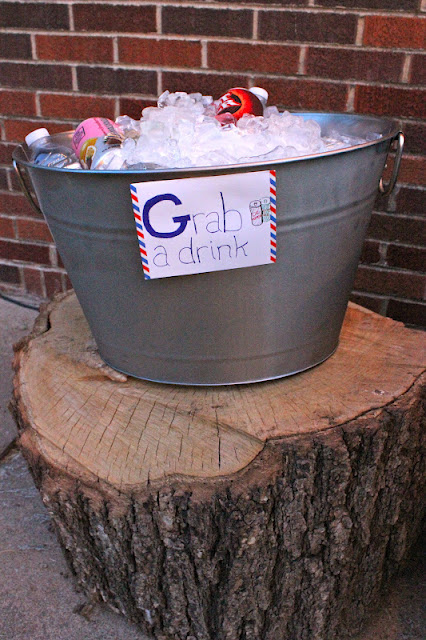 On another table, I had stacked blankets for people to sit on in case they hadn’t brought a chair (which had been suggested as we only have six outdoor chairs). Over that area, which people first met as they entered the back yard, we hung outdoor lights so that people could retrieve snacks and get around once it was dark. (Sidenote: am I the only person who goes completely ga-ga over outdoor night lighting? Those strings of bulbs make me practically giddy.) 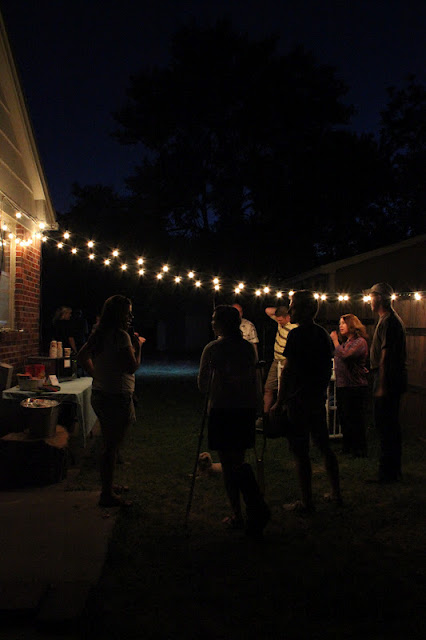 And it all turned out exactly like I had envisioned (except that the Olympic opening ceremony happened to be on the same night, meaning we missed the last half and that a few people felt torn between the two events and ended up staying inside of our house for the first half of the movie. Oops!)

Happy birthday to the love of my life, my best friend, the excitement in my mundane, the other half I never knew I was missing. Life and our few months of marriage together has been 10 times more incredible and 100 times different than I ever expected it to be! Thank you for putting up with my craziness, my determination and my need to “know” things in advance. You love me fiercely and exactly how I need to be loved and I can never thank you enough for that! 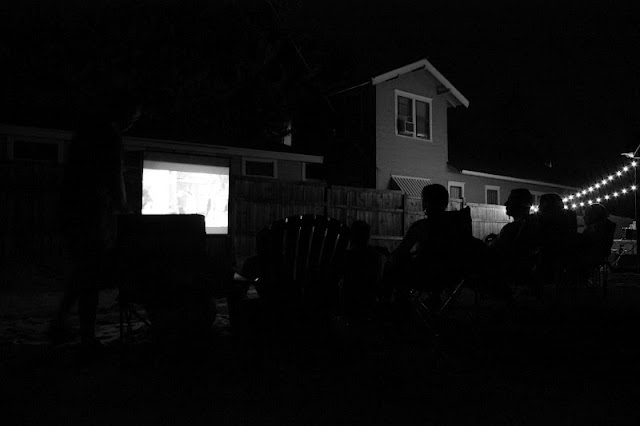