2012 Goals and a Free Printable

I have great news…are you ready? It’s Saturday!!! One of my favorite times of the week is waking up on Saturday morning with plenty of time to spare (you know…around 9:00 or so…we’re not talking early here, people). There’s something about having an entire day open and free to accomplish and tackle projects, take day trips, go to the gym…whatever your heart desires and the day can handle! The day is simply full of optimism and promise at that point.

So, on this optimistic Saturday morning, I thought I would share some of my goals for 2012. I’m not a big fan of setting resolutions because I think you should make necessary changes asap…not wait for the beginning of the year. However, I am a very goal-oriented person. There are things (for myself) that I’ve pushed off until “after the wedding” (do you know how many times I’ve said those words in the last six months?). So, here we are…”after the wedding”…and I thought it would be a perfect time to start myself with some fun goals. 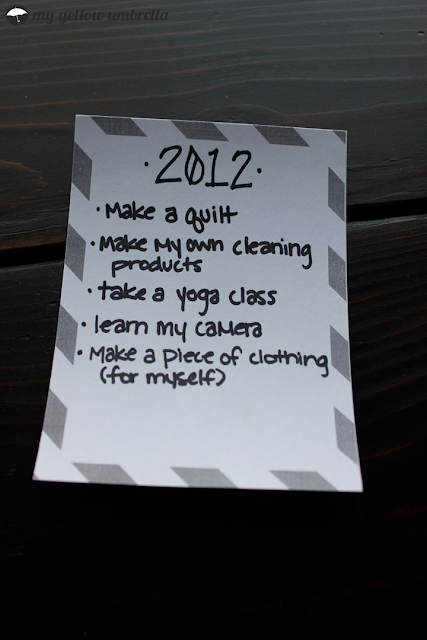 So here we go:

Now, for the camera. After returning duplicate wedding gifts, adding up all of our Target gift cards and redeeming a 10% off coupon Target sent us for remaining registry items, the Mr. and I came home with this: 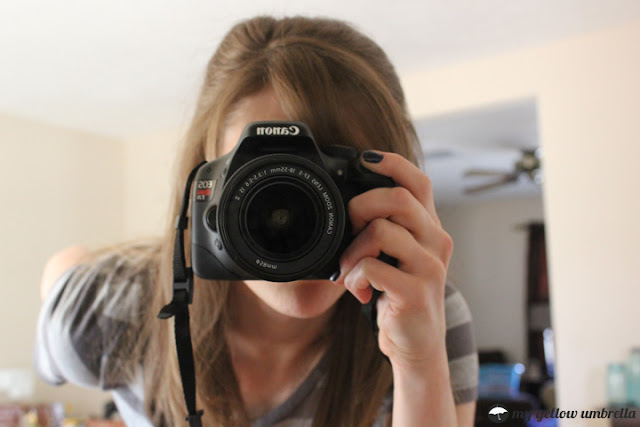 Yep…a Canon EOS Rebel T2i. It’s like a dream come true. Seriously…I’ve been eyeing this camera for a very long time. I did in fact put it on our registry, if you caught that a minute ago, in hopes that someone would decide to be super duper uber generous to us (well, people WERE generous…but an $800 camera would have taken the cake on generous, if you know what I mean). BUT it ended up working out perfectly; in classic Alina fashion, we ended up getting it for $625 with an in-store sale + 10% off coupon. That also just happened to be almost exactly what we had in gift cards, so we walked out with this baby for freeeeee!!! A BIG thank you to everyone who gave us Target gift cards!

So, I want to get to know my camera. I spent an evening watching YouTube videos on ISO, aperture and shutter speed, so I’m happy to say I now know how to work my camera in manual mode…but that doesn’t mean I quite have a feel for which settings are best in which situation. For now, I can use Canon’s pre-set modes while I dabble in manual, but I’d like to have a MUCH better understanding by the end of the year. Like, as in I could explain it to someone else with confidence.

Finally, I do have one more goal. It’s always been my goal to see all 50 states before I turn 25, which seemed really easy and reasonable at the age of 18, when I set the goal. Now, I only have a little over a year and a half left! Ack! I only have 20 states left, but that includes Hawaii and Alaska…so, wish me luck.

I mentioned above that I’m an OCD list-maker. Seriously…I would live and die by my lists. There’s something about finishing an item and being able to cross it off. I’m just like my step-mom in that if I accomplish something that wasn’t on “the list,” I will actually physically add it to the bottom of the list, just so I can cross it off! Crazy, I know.

I like to do the same thing with states. I’ve had various maps printed out since I set this goal so that I could cross off states as I accomplished them, but I decided to make one I could hang on the wall to display. I found a printable map here and tweaked it a bit to make it my own. I put it in an 8×10 frame (so it should print nearly perfect for an 8×10 frame…let me know if it doesn’t) and colored in the states I’ve been to with a dry erase marker. You could color in the states on the paper itself, but let’s face it…dry erase markers are way more fun. 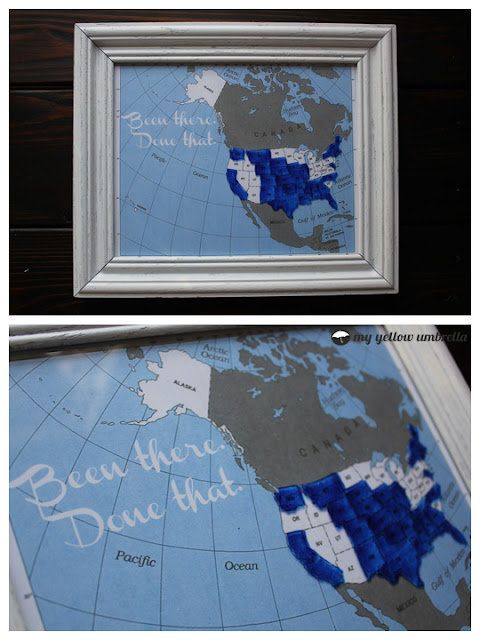 So, for the first ever MYU free printable, I thought I would share it, both as a thank you and as an encouragement to travel and try something new this year.  Click HERE or the picture below to download! 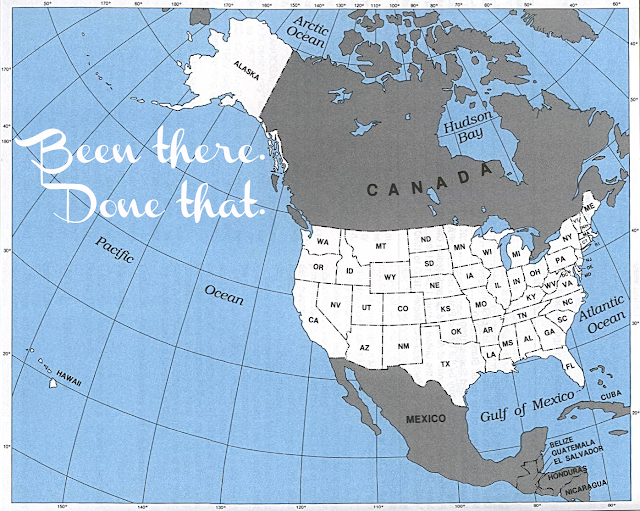 Please only download/print these for personal use–please and thank you!