Have you ever done something crazy in the name of a project? Shamelessly proceeded to break social norms for the sake of spray-painting?  Stood strong in the laughing faces of people shaking their heads as you continued on toward your goal? If you have, please stand so that I may applaud you!

OK, sorry for the drama. I was *ahem* trying to see if I was the only person who had done something a little crazy and laugh-worthy just for the sake of a craft.

Let me explain…a couple of weeks ago, I was at Krissy and Alex’s house after some massive, tree-toppling storms had blown through the KC metro area. After seeing a project on Pinterest (GAH!), I thought I might need some of said fallen branches and limbs…just in case I wanted to spray-paint them. 🙂

So I threw caution, self-awareness and pride to the wind as I traipsed around in their yard picking up the “cool” ones.

Krissy took a picture of me loading these into the car…just to prove my dedication to a project, right?? Right, Krissy?! (Probably not. Most likely, she recorded it just in case she needed to prove my insanity later in life.) 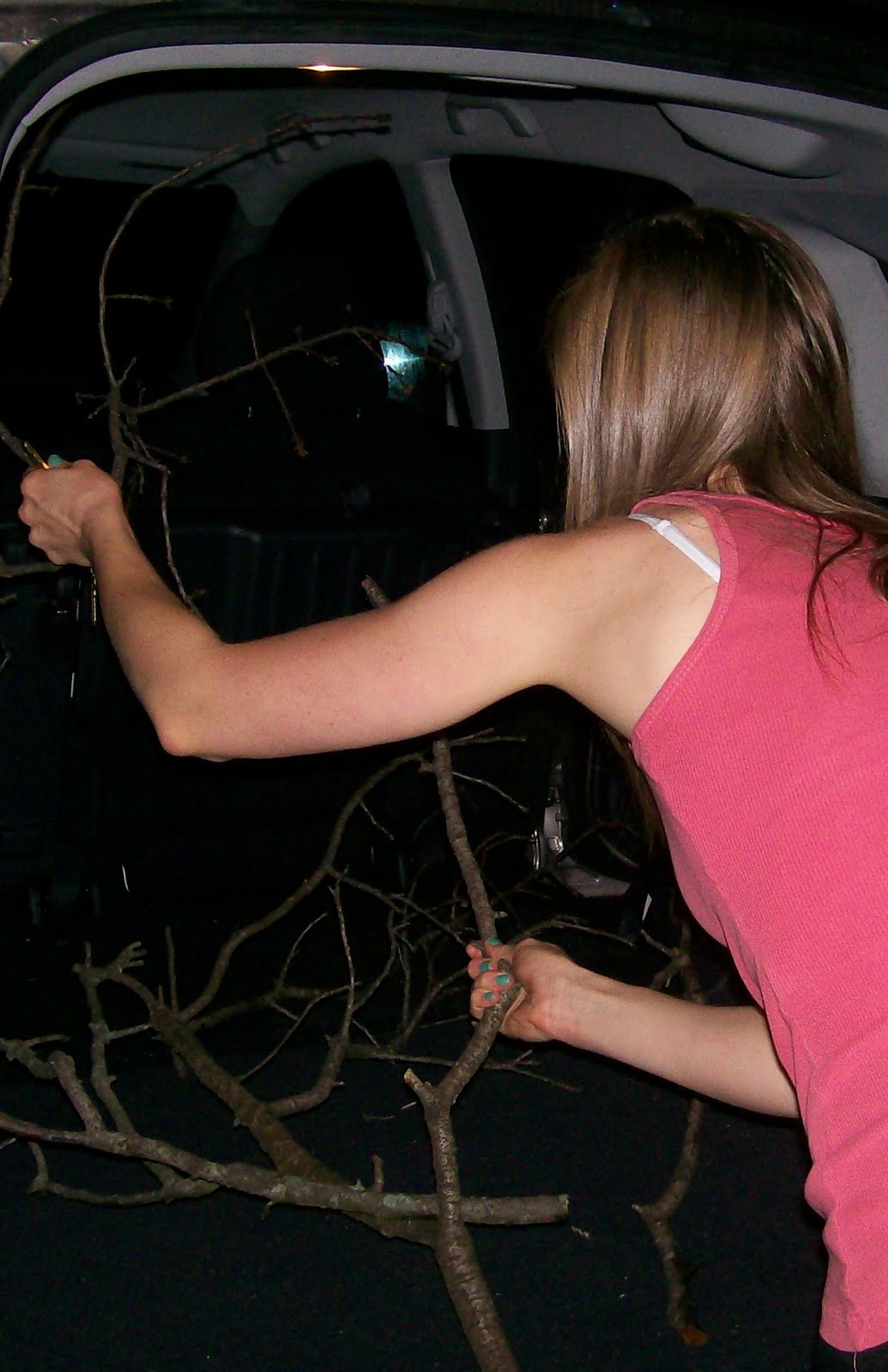 Probably even more embarrassing was when I got home and started unloading these. I live in an apartment…and it was a Friday night at 11:30…and it was nice outside…meaning most of the entire building was hanging out on their individual balconies watching this crazy girl (me) unload random branches and sticks from her car, carry them up the sidewalk, fight with them in the stairwell, take them inside, just to stash them on the balcony. I’m fairly certain I’ve lost any and all credibility in this building.
What’s the craziest thing you’ve done for a project? (This is certainly NOT my craziest…just the most recent!) Anyone? Bueller?