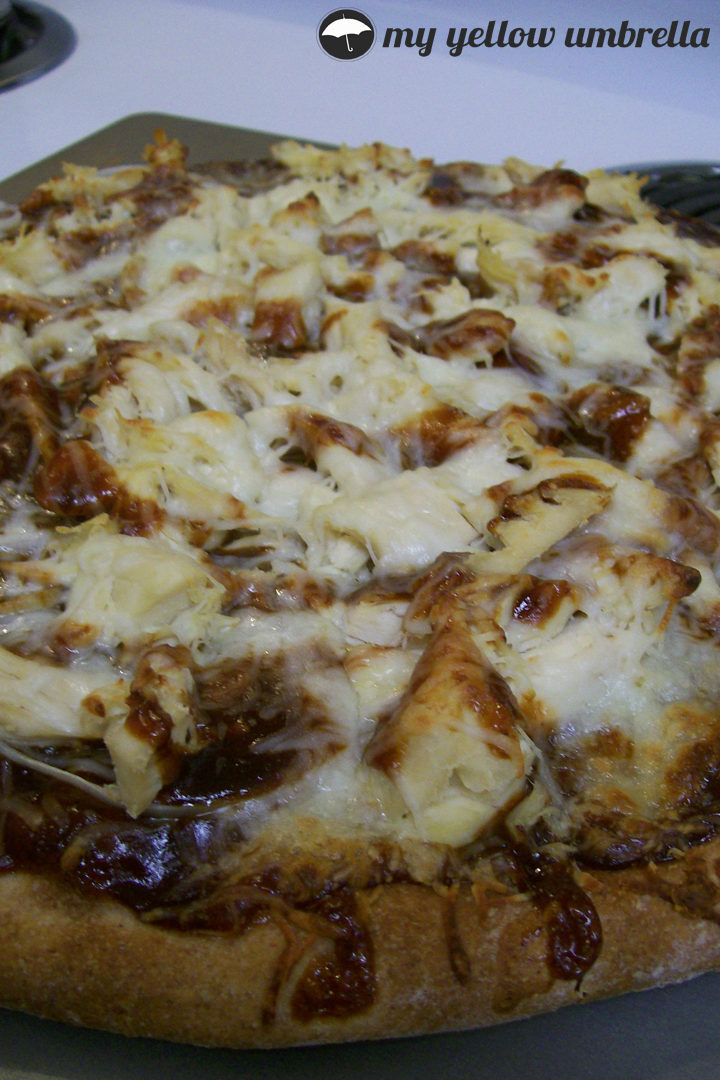 Happy Friday, friends!
Today I thought I would share a favorite of mine and Cowboy’s. We both prefer cooking at home over eating out. For me, it’s both a matter of saving money and knowing what’s in the food I’m eating. Not that we never eat processed foods (the BBQ sauce is, in fact, store-bought and I’m sure nowhere near healthy), but I like keeping those items to a minimum.
One day in February, we had a massive snow storm in the Kansas City area and, when my office closed its doors for the day, I got a full-blown adult snow day. It.was.AWESOME. Since roads were bad and pretty much every business was closed (even Wal-Mart closed!), we needed to make a dinner with what we had. Luckily, I had all of the ingredients for Krissy’s from-scratch pizza dough, so I looked to see what else I had. I found mozzarella, BBQ sauce and had a bag of frozen chicken. Hence…a BBQ chicken pizza was born.
I boiled the chicken & shredded it, then layered the BBQ sauce, shredded chicken and mozzarella on top of the already-baked pizza crust. Ten minutes later (once the cheese was melted and golden), we had this beauty!
So maybe this is less a recipe and more a lesson on cooking with what you have when you get stuck inside on a snow day. (Prep for the winter that seems like it will never come, I suppose!)
What kind of foods have you guys made up on the spot?