When I was at Goodwill a couple of weeks ago (when I scored Edmund, the awesomely cheap antique office chair I showed you on Monday), I also picked up a couple of frames. They were just inexpensive oak frames, but both had an appliqué. I imagined them white and roughed up a little bit, so, at 99 cents a pop, I decided to take them home. For some reason, I only have a before picture of one of them (got a little spray paint happy, I suppose). 😉 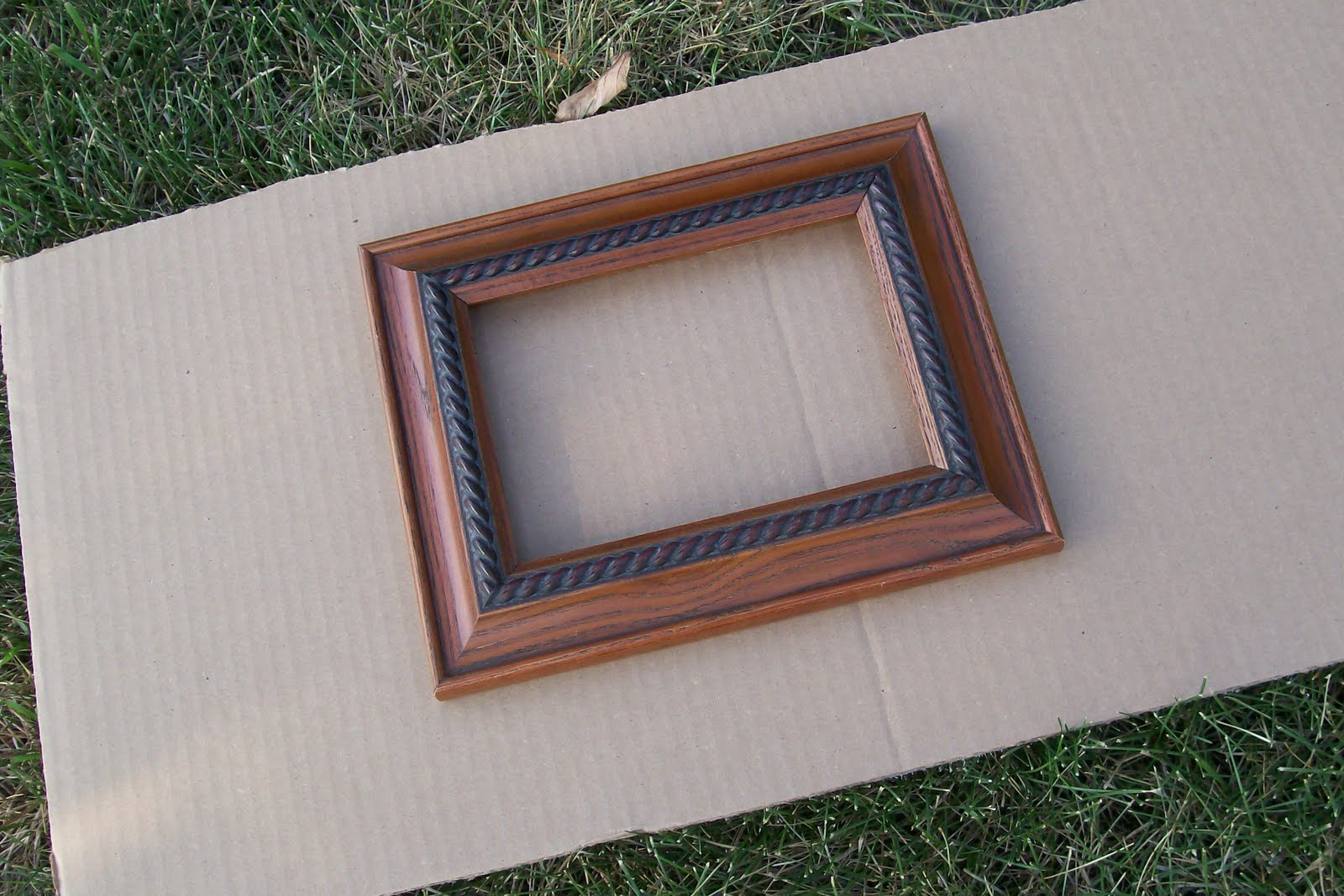 I gave both a coat of primer… 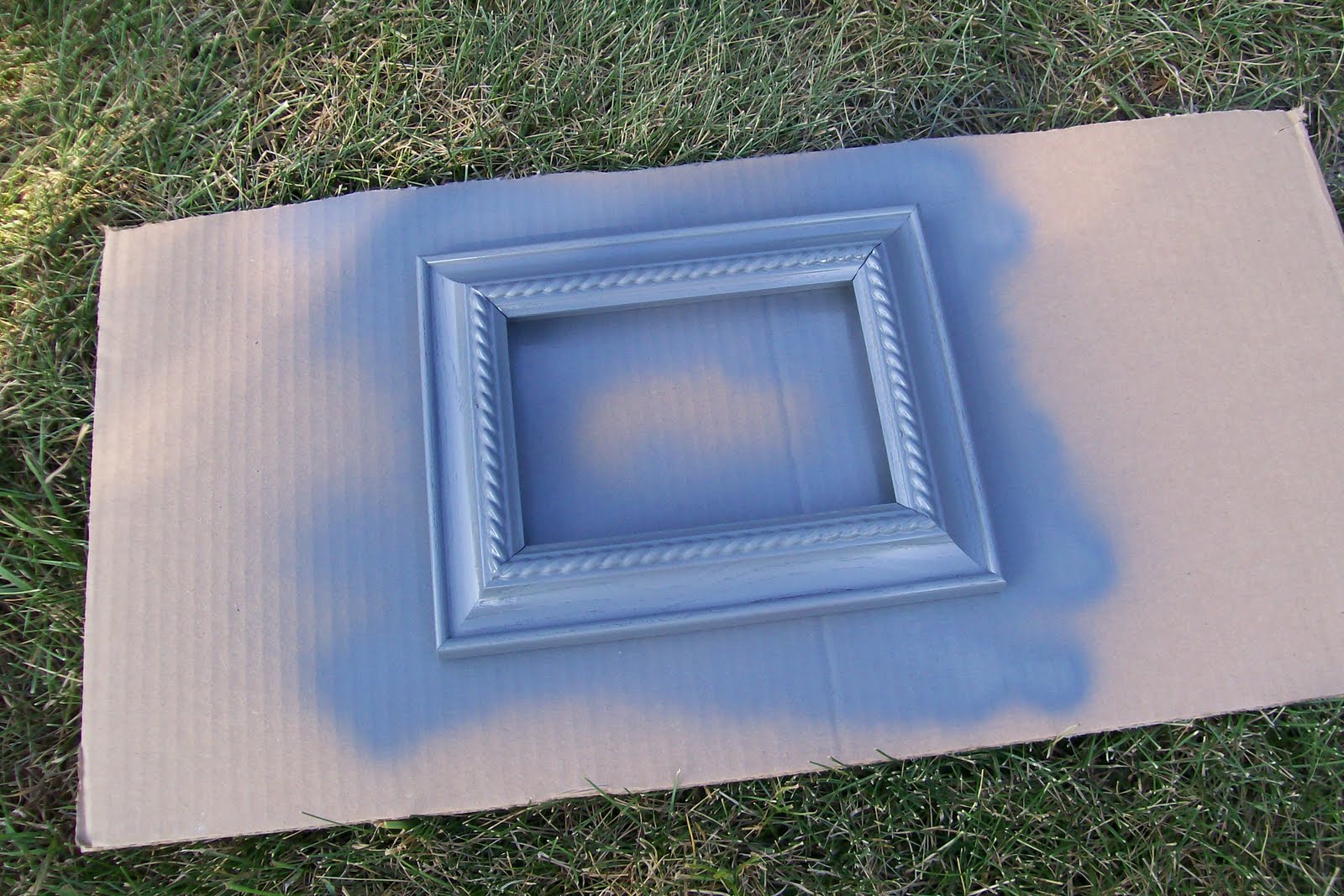 Then a few coats of white. From there, I took some 220-grit sandpaper and roughed up the appliqués and outside edges. 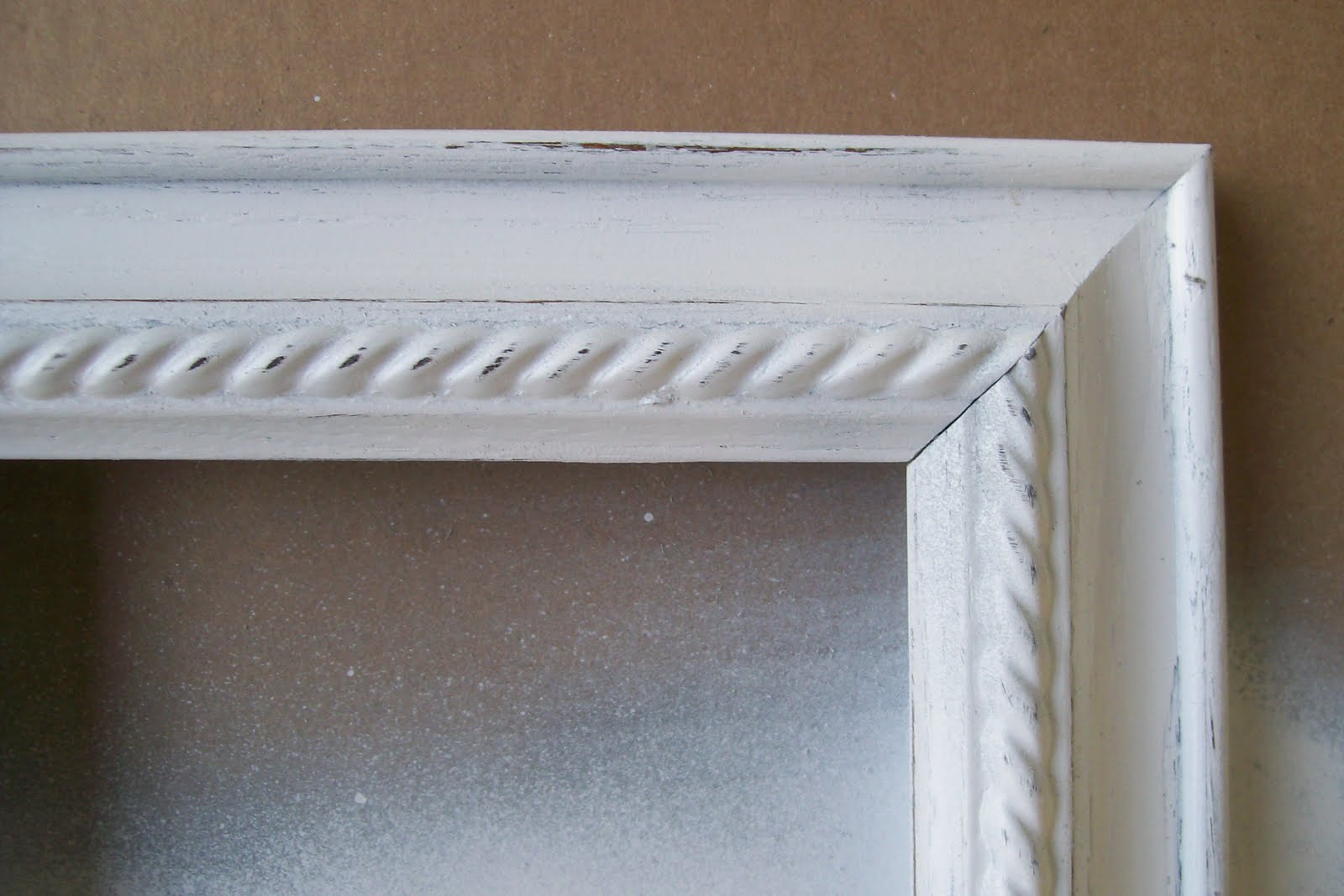 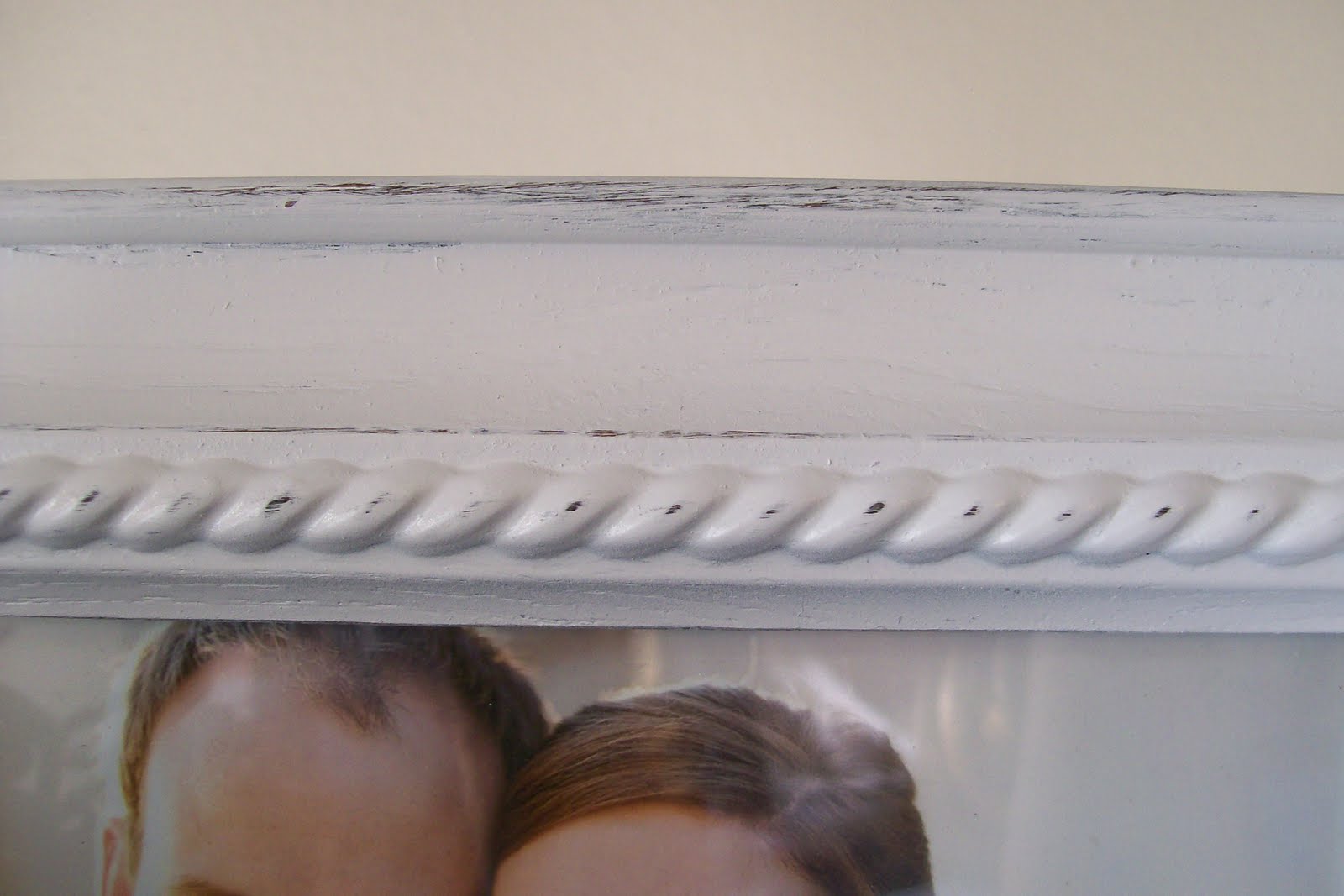 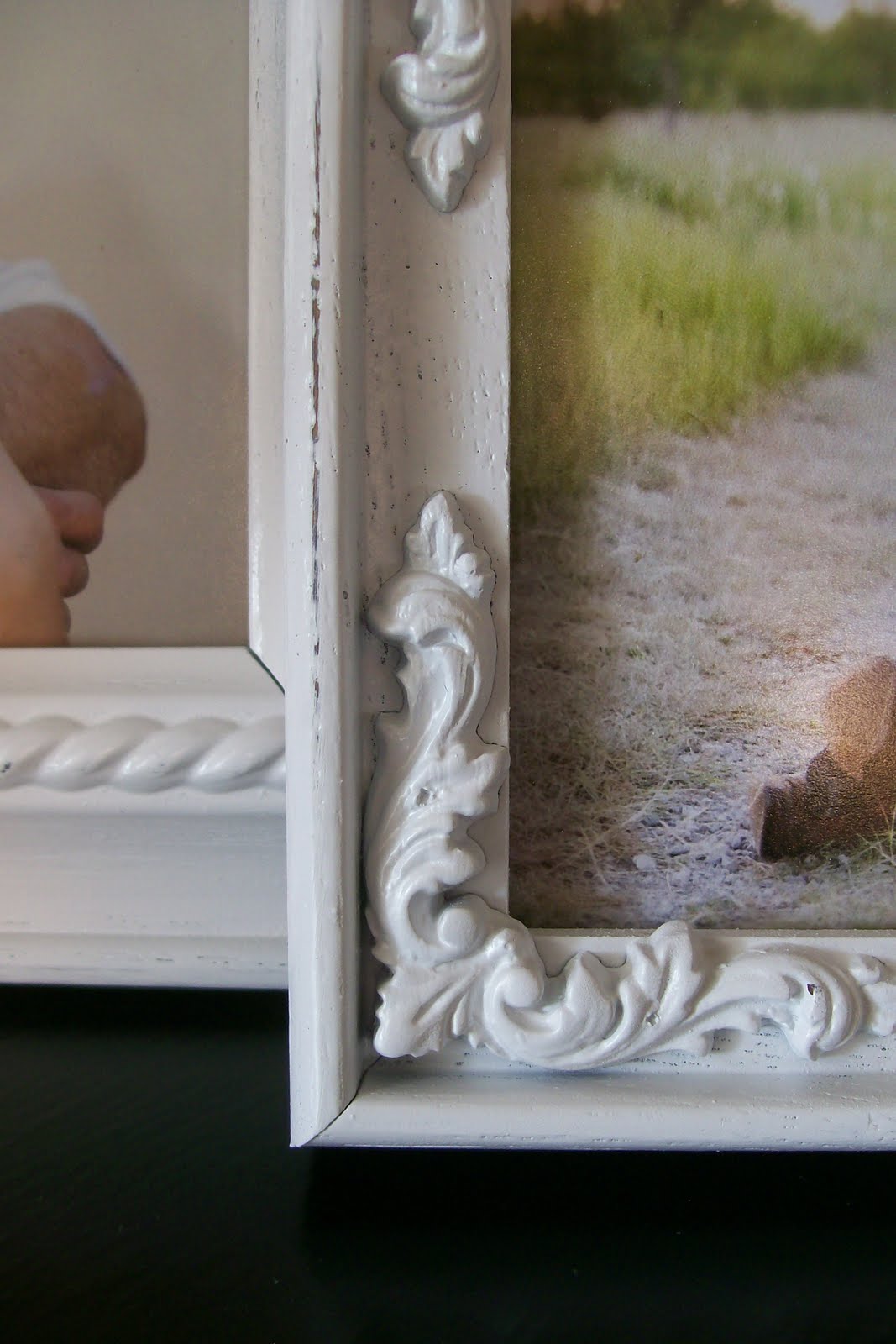 And I love how they turned out! 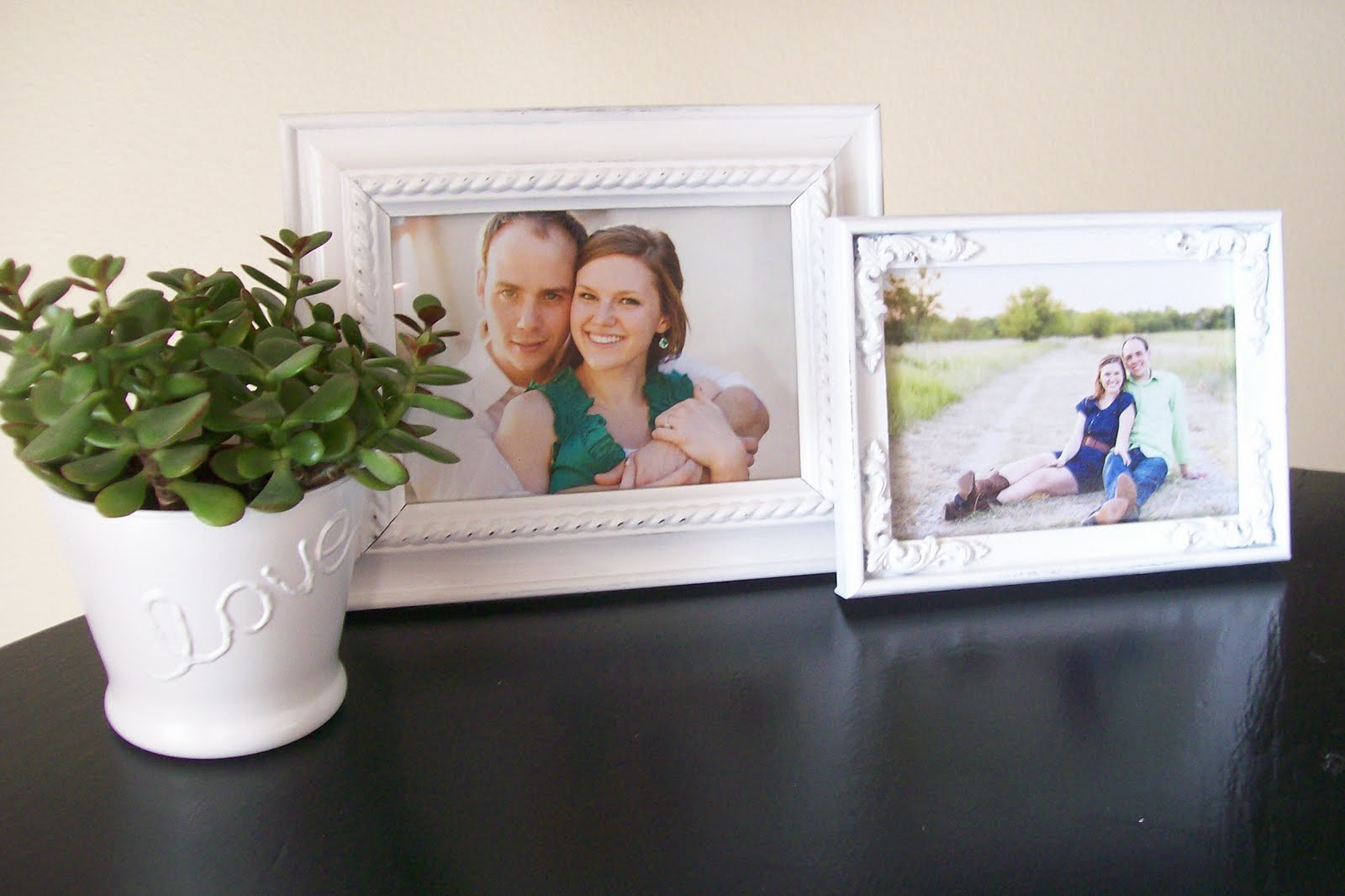 Total cost, $2. I took them to work to put on my desk and multiple people have walked by and complimented them. Just goes to show you that having a little imagination while standing in the middle of a [gross] thrift store (sometimes holding a gross item!) pays off!