I mentioned last week that I’d found an inspiration piece at IKEA for my bathroom. (It was only $3!) 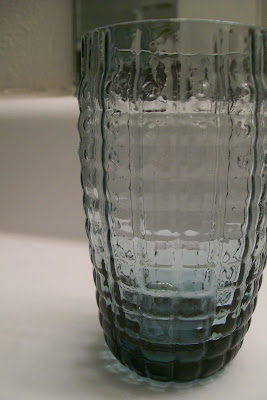 I’d already picked up this bath mat and put it in my cart (mine was just in terrible shape…it’s been used for years and it appears that one corner was once sucked into a vacuum, shredding the backing!), just because I needed one. There was nothing inherently wrong with my bathroom, but it was literally a room of hand-me-downs (thanks, Mom!) to help me get started when I moved out. 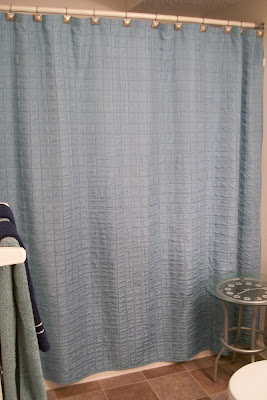 But, it was also the only room I hadn’t really made “my own.” After I picked up the gray items, I immediately knew I wanted to throw in some yellow. I recalled seeing someone’s blog post about painting a flat sheet to use as a shower curtain (after some searching, I finally found it on House of Heardmont). This girl is a genius!
So, I went to Walmart to pick up a flat sheet and stopped by the shower curtain liners (really needed a new one). It was there that I realized there was such a thing as fabric shower curtain liners. I thought…would I be able to skip the sewing, hemming, button-holing of the flat sheet if I painted a fabric liner?? The fabric liner and the sheet were the same price ($9), so I thought, what the hey? Why not?
I brought it home, laid out some plastic (underneath) and taped out my lines (this took me a good hour…partly because I’m a perfectionist and partly because it needs to be done right the first time!). 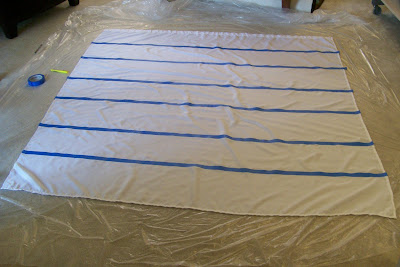 I picked up this permanent acrylic paint at Michael’s for $2.99, grabbed a foam brush I already had… 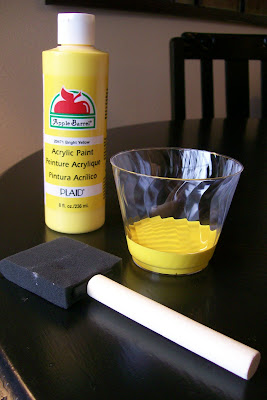 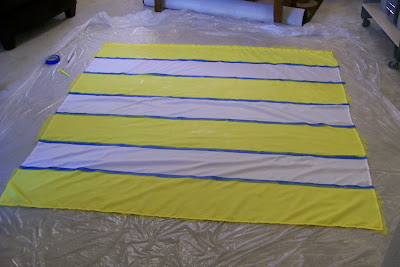 So, for $12, I have a brand new, custom shower curtain! Thanks, House of Heardmont! 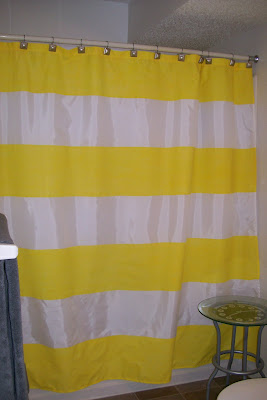 P.S. Yes, I realize my shower curtain is short, making it look like my shower is wearing high waters, but a lovely detail of living in an apartment is that they make the shower curtain rod permanent (i.e. it cannot be moved or stolen). This could’ve been fixed had I sewn a flat sheet (I would’ve been able to choose the length), but it saved me the time of sewing, so, for now, I have a nerdy shower. 😉
You can also see me over at…
Beyond the Picket Fence
DIY by Design
The DIY Showoff
Tip Junkie
Funky Junk Interiors
Romantic Home
The Lettered Cottage
Tator Tots & Jello