I promised some projects, and projects I have! Remember this picture in the sneak preview earlier this week? 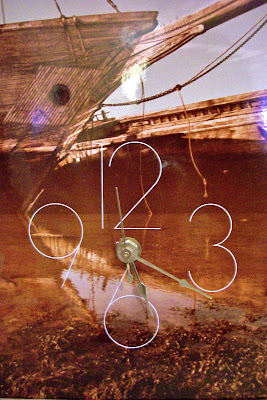 Obviously, it’s a clock. A really awesome one. 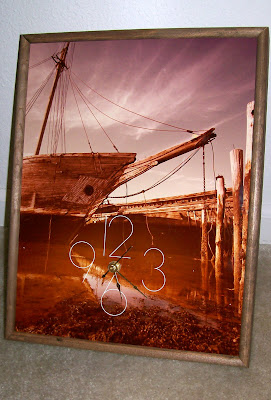 OK, so maybe it’s not everyone’s taste. It’s pretty unique and eclectic. But when I saw the modern white numbers, I knew this baby had some potential. Mix that with the color-saturated photo and the clean lines of the box frame and I was in love. (What? It’s not the first time this has happened to me.) 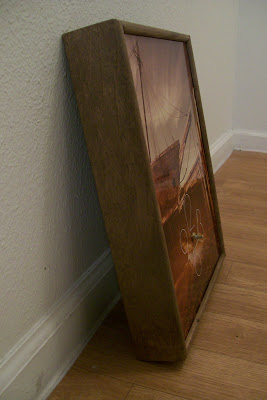 So I covered it in newspaper and painter’s tape and left the clock hands exposed. 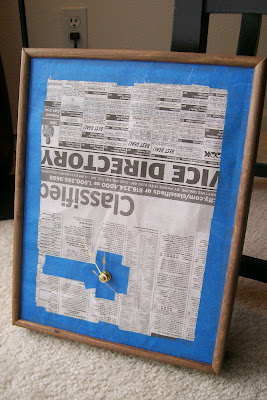 Since it was raw wood, I primed it first so it would soak up less of my color-of-choice-paint…which happened to be….white! Both the clock hands and the frame went white. 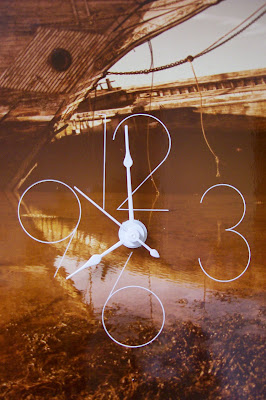 And it found a home in my kitchen. I lurve it. LOVE it. Something so unique, so eclectic, so different…so…me! Something that’s mine and something that tells a story. You just can’t get that out of buying things brand new. Besides, who wants to have the same stuff as everyone else? 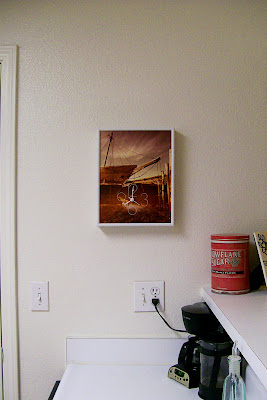 You can also see me at:
DIY by Design
The DIY Show Off
The DIY Home Sweet Home Project
Coastal Charm
Tip Junkie
Vintage Revival