When I began this food challenge, I happened to be craving pizza. I’d always wanted to make an entire pizza from scratch and figured this was the time! When I posted that I’d be looking for a whole wheat pizza crust recipe, my good friend Krissy sent me hers. Her recipe is very similar to another that I had already, so I began experimenting with mixing the two.
Ingredients are pretty basic:
First, dissolve the yeast in the warm water. I added butter (as you can see) because I was a little low on oil. 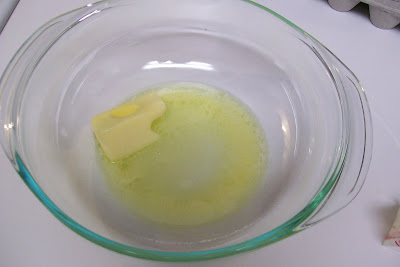 Add sugar and salt to yeast mixture and stir. 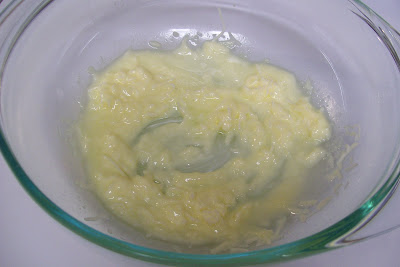 Add two cups of flour to above mixture, mixing well to form the dough. Continue to add in flour until dough is no longer sticky. Knead until smooth and elastic. 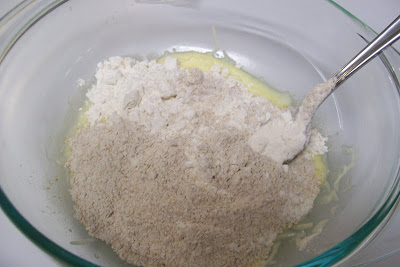 Form into a ball, spray with Pam and cover with plastic wrap. 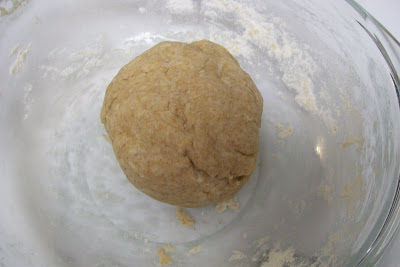 Put it in the fridge for a couple of hours or overnight, pounding down at least once to promote rising. 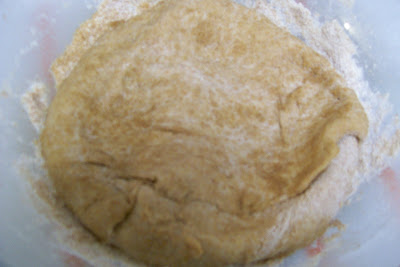 When you and your dough are ready, roll it out. Krissy said she will oftentimes divide the dough in half and have two thin crusts, freezing the second for later (wrapped in saran and in a freezer ziploc). Or, when her and her husband want a thicker crust they will use the entire batch.

Krissy’s tip of the day: “If you are putting sauce on the pizza, it helps to bake the crust ‘topless’ for about 7-8 minutes first…then you put on your sauce and toppings and bake for another 10.”
*Snicker* She said “topless!” 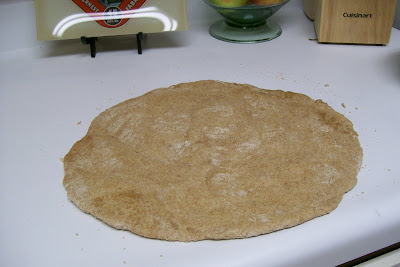 NOW…for the good part!
You’ll need:
Start by pre-heating your oven to 425 degrees. Slice your garlic cloves and set aside. Stretch dough over a 12-inch greased pizza pan. Brush with olive oil and scatter garlic slices evenly over crust. Place in oven and bake for about 5-7 minutes or until crust is golden brown. 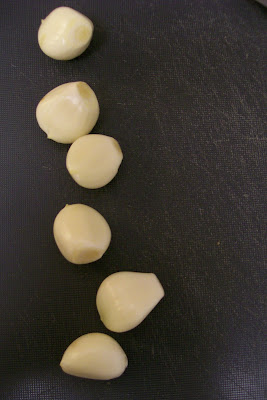 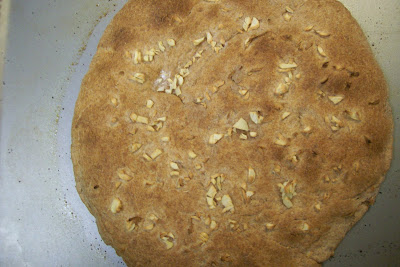 Meanwhile, place your sun-dried tomatoes in a heat-resistant, non-reactive bowl (such as Pyrex). Pour enough simmering water over to completely cove tomatoes. Let soak about 5-10 minutes or until tender. Drain liquid and slice into strips.

*Note: I actually halved cherry tomatoes and roasted them instead.
When crust is ready, spread sauce evenly over garlic slices (be careful to not shift them around too much). Top with about 1.5 cups mozzarella or to taste. Scatter tomatoes and artichoke heart quarters evenly over cheese, then top with remaining mozzarella and parmesan (if using). 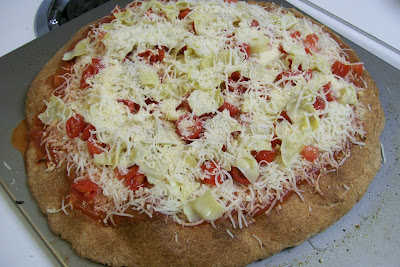 Return to oven (still at 425) and bake for about 8-10 minutes, or until cheese is melted, bubbly, and turning golden brown in spots. Remove from oven and allow to rest 3-4 to set up. Slice up and enjoy! 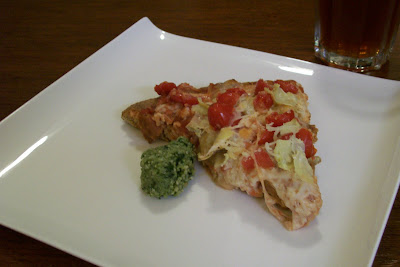 And the best part? Top it off with pesto!

This crust is UMMY! And definitely a whole heck of a lot cheaper than buying one from the store (or even ordering a pizza).