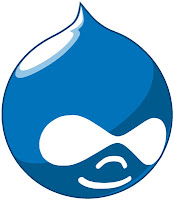 Whereas WordPress is the most user-friendly and Joomla tends to be the designer’s friend, Drupal is for the developer.

So, if you’re wanting to try your hand at developing, Drupal provides a great atmosphere within which to learn the necessary code language.

Like I mentioned in the previous post, I was unable to find someone who uses or has used Drupal and Joomla. But, as promised, here are the pros and cons that I’ve come up with through my own research (and limited knowledge).

Tim Stiffler-Dean, a blogger at Good Web Practices, wrote a very useful account of his first-hand experiences with WordPress, Joomla and Drupal, that you can find here.

In conclusion, WordPress is your friend for push-button publishing that looks great and is easy to use, Joomla is great for designers who want to customize more than WordPress and Drupal is best for those who want to develop.