As promised, I’m reviewing what I’ve learned about iLife ’09. I’ve only had the time to work in iPhoto (and I have plenty to say), but I’ll be reviewing iMovie ’09 and some of GarageBand ’09 in the next week or two.

In iPhoto ’08, there were only two different ways to view your photos–Events and Photos. But with ’09 comes two more ways–Faces and Places. 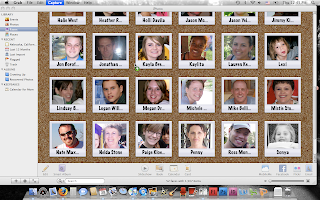 Ingenius! Faces organizes your photos based on, well, faces. So how does it work? Face detection technology, of course! It’s yet another reason to fall in love with Apple. Think of it like this: tagging photos in Facebook, while adding another step, is a pretty sweet feature. But in iPhoto ’09, they tag themselves! Smart, Apple, very smart. 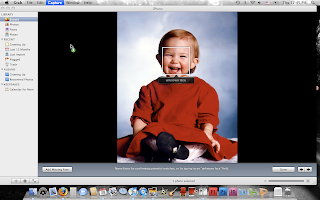 (Top: what Faces look like organized, above: what it looks like when iPhoto detects a face, below: naming an “unknown face”)

So Faces is where I started. Overall, I’m excited about being able to organize my photos this way. The idea is that you tag someone in one or two pictures and iPhoto looks for similar-looking faces that might also be that person. 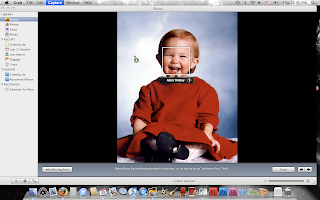 The only problem is if it doesn’t detect a face. If the people in the picture are wearing glasses of some sort, a hat, have long or thick bangs, have their face turned to the side, have a bright light behind them (like the sun) or even are making a goofy face (which there are a lot of in my iPhoto), the face may not be detected. That’s when you get to manually tag all of the faces. I spent several hours (I have over 4,200 pictures) sorting through faces, figuring out which people went where, etc. 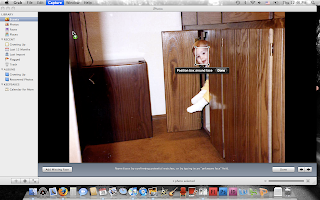 (Above: adding an undetected face is comparable to tagging someone in Facebook)

The other way to organize your photos is with Places. This is most handy to those who have GPS-enabled cameras. If you do, iPhoto reads the GPS coordinates and files them accordingly. If you don’t, you can manually add locations to groups of pictures. iPhoto then organizes your places like pins on a map and allows you to search for your pictures by location. I don’t have a GPS-enabled camera, but it was pretty easy (and didn’t take hours) to tell iPhoto where my pictures were taken. 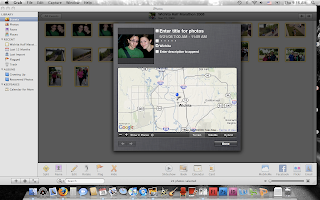 (Above: labeling locations, below: what Places look like organized as pins on a map)

Other cool features: with the click of a button you can publish your photos to Facebook or Flickr, you can create a custom slideshow, improved photo editing (red eye removal even works with face detection to make it easier) and new themes for the books, calendars and cards. 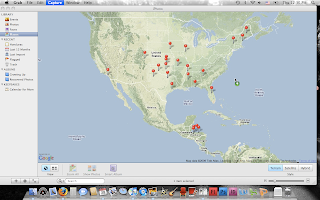 This update isn’t just an update–even with its quirks and bugs, it’s almost like having a brand new program. iPhoto ’09 creates a lot of opportunity for creativity and quality photo-editing. For me, it was definitely worth the $79 (or $71 if you get an education discount).